Yellowstone National Park in Wyoming was the first national park of the United States. It is very very impressive and very diverse.

Best is to visit the park at least for several days and also think carefully if you want to spend the night in an accomodation in the park itself or just outside one of the entrances. We did a bit of both in 2014 and 2015.

In 2014 we stayed in the park on the northside, that was next to the Mammoth Hot Spring Terraces and the days after we choose for a cosy cabin just outside the east entrance. Later on we left the park via the southside, so we also could also spend time to see Grand Teton National Park, which is right below Yellowstone.

In 2015 we started at the south side, coming from Jackson, then went again to the same ranch with cosy cabins just outside the east entrance and we ended up for 2 nights in the village called West Yellowstone, just outside the west entrance.

West Yellowstone is the most popular place to stay if you want to visit Yellowstone Park, as you will be closest to the most famous attractions in the park. Like the Old Faithful Geyser and the Grand Prismatic Spring.

Buffalo on the road 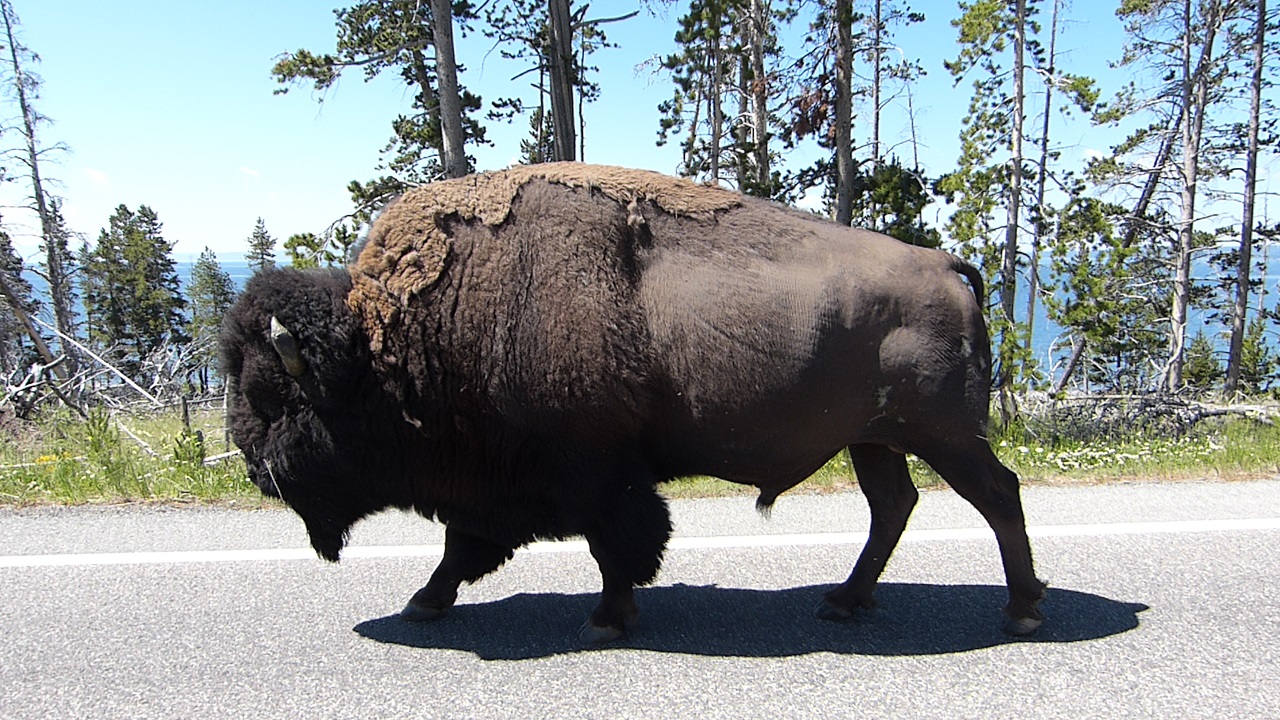 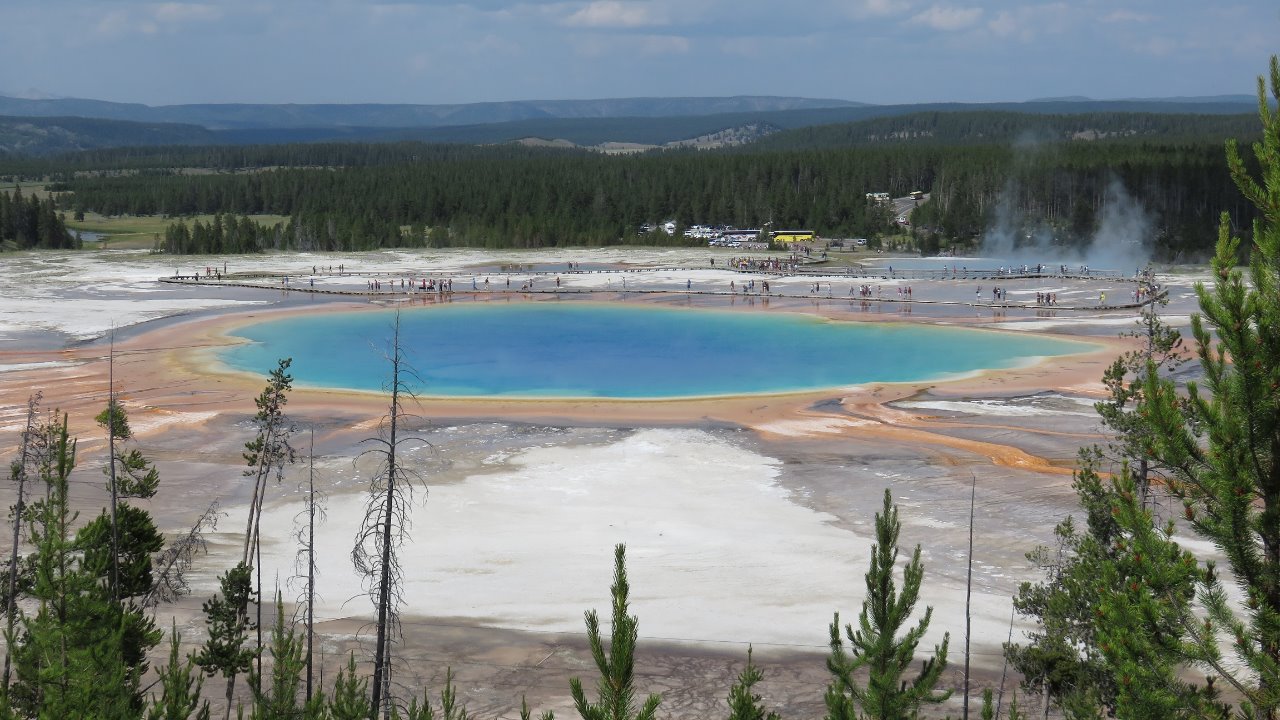 Back to overview per state USA

Already been in the USA before?

Already been in Canada before?